It is well known that outdoor mould can be a hazard. If left untreated can cause a number of structural and health issues. That said, it is important to get rid of mould as soon as possible; to ensure that your property is not only clean but also looks great!

One of the most effective ways to get rid of mould is through pressure cleaning. Using high-powered water jets to remove mould from surfaces, pressure cleaning is an efficient and eco-friendly way to clean up your property and any stubborn dirt and grime.

Water Attack Pressure Washing are here to outline the benefits of pressure cleaning when it comes to getting rid of outdoor mould.

Mould and mildew can be a nuisance to homeowners. Not only are they unsightly on exterior walls and driveways, but they can also be harmful to the health and lifestyles of the people around. But what exactly is mould, and how does it grow?

Mould is a type of fungus that grows in a variety of conditions. There are many different types, and they can occur both indoors and outdoors.

From dark, damp corners to wood, concrete and metal surfaces, mould can grow just about anywhere.

When conditions are right, mould spores will begin to germinate and form colonies. This growth spreads quickly and can utterly destroy surfaces, as well as pose a number of health hazards if left to fester.

How Does Outdoor Mould Occur?

Mould spores are microscopic particles that can be found everywhere and can spread just as quickly. Mould spores can enter a property in a number of ways. These include:

Through the air: As mould spores are so small, they can easily be carried through the air and into your property on the wind. They can enter through open windows, doorways, and ventilation systems.

Attaching objects or people: If you have been in an area with mould, it is possible to unknowingly carry spores on your clothing and shoes. Vehicles and pets can also be a carrier of mould spores.

It is important to note that mould and mildew will only thrive if they land somewhere that has the ideal conditions for growing: high humidity, moisture and anchor for growth.

Do I Have Mould?

While initially invisible to the naked eye, once anchored and growing there are a number of tell-tale signs that you have outdoor mould. These signs can help you determine if you have a problem so that you can address it as soon as possible.

If you see any of the following, it is likely that you have mould and mildew growing on your property:

Discoloration: Mould will cause surfaces to change color. This can be anything from a slight darkening to complete black streaks.

Rotting: If surfaces are rotting or have begun to decompose, this is a sure sign of mould.

Surface changes: If surfaces have become sticky, slimy or raised it is likely that mould is present.

Odour: A musty or earthy smell is often another sign that mould is present.

The Problem With Outdoor Mould

Mould and mildew carry a number of risks. Not only for your health but the aesthetic value and structural integrity of your property

Mould can cause a number of respiratory problems for those who are exposed to it. These include coughing, wheezing, difficulty breathing and irritation of the throat and eyes.

In addition to the health risks, mould can also damage the surfaces it is growing on. This can range from discoloration and staining to complete rot and decomposition. If left unchecked, mould will continue to grow and spread, eating at your surfaces and causing more damage as it goes.

While rainwater can wash away some of the dirt build-up on your outdoor surfaces, some stains and debris are more resilient. Pressure washing blasts concentrated amounts of water at a surface to remove dirt, debris and stubborn stains. This method is particularly effective on hard surfaces, such as concrete, stone, bricks and tiles.

Not only does pressure cleaning remove mould, but it can also help to prevent future mould growth. It eliminates the organic debris and food sources that mould and mildew rely upon. By removing mould spores from surfaces, pressure cleaning reduces the chances of these spores coming into contact with moisture and starting to grow again. Additional benefits of pressure washing include:

There are a number of techniques to help remove mould and mildew growth. While it is possible to remove mould growth through at-home and DIY techniques, it is often safer and more effective to hire a professional pressure cleaning company.

A professional cleaner will have the necessary equipment and experience to quickly and effectively remove mould growth. They will also be able to identify problem areas that are at risk of future mould growth and advise you on the best way to prevent this.

Lastly, every surface is different and will require a unique cleaning approach. A professional pressure cleaning company will be able to tailor their services to your specific needs, reducing the risk of damage as well!

Mould and mildew can quickly take over your property, causing serious damage and health risks. The best way to combat mould is to remove it as soon as possible.

While there are a number of at-home mould removal techniques, the safest and most effective way to remove mould is to hire a professional pressure cleaning company. A professional cleaner will have the necessary experience and equipment to quickly and effectively remove mould growth without damaging your surfaces.

The experts at Water Attack Pressure Washing will be able to assess the problem and advise you on the best course of action. We have a range of pressure washing services that can be tailored to your specific needs. Contact us today for a free estimate! 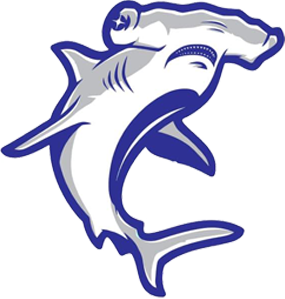 Find Us & Get In Touch